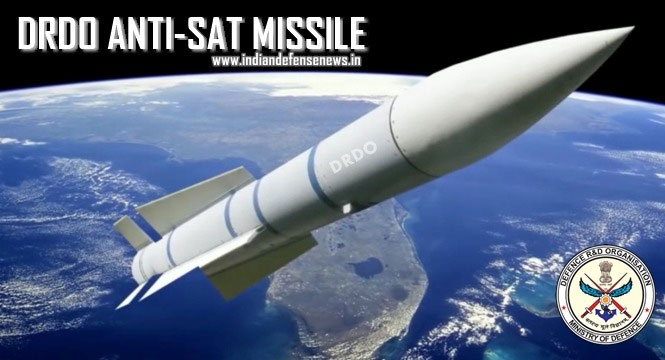 On 27th March 2019, Narendra Modi, PM India, announced on Twitter for addressing the nation. Everyone was eagerly waiting for some big news, the environment of speculation was everywhere. PM, addressed the nation. Inform that Indian Scientists shoot-down a satellite revolving around Earth at Low Earth Orbit (LEO @ 300 KM above surface level). A missile was fired from Abdul Kalam Island to destroy the satellite. This satellite was not of any enemy satellite, but that was India’s own satellite used as a predefined target in space, and this was a scientific experiment. The missile test was 100% success and achieve all preset millstone. The missile took 3 min to hit and destroy satellite after fired from the ground base. This “Anti Satellite Missile” technology is 100% indigenously developed in India without any external help. With the code name “Mission Shakti”, this was a historical and proud movement for our country.

With this India entered into elite “Star War” club with the US, Russia, and China. India demonstrated his space superpower status to the world. With this, we get the capability to shooting down any satellite in space up to the range of 1000 KM from the earth surface. DRDO and its scientist have done a great job, it involves one decade of Indian scientists handwork. 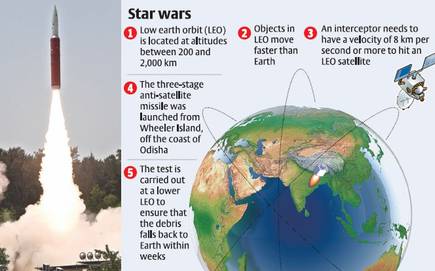 To understand the complexity of task for a scientist, there is around 8,00,000 active, inactive and other space debris revolving around the earth orbit. Targeted Indian satellite, to be hit was traveling at the speed of around 29000 KMPH. Fired Anti Satellite Missile has traveled with pinpointed precision and to hit target Satellite. To achieve this type of target, cutting edge technology is required. This Anti-Satellite Missile is one of the greatest Indian achievements of this century.

If anything went wrong or by mistake, if a missile hit our enemy or friend’s country satellite, there could be big international crises. The Indian government and PM Narendra Modi had taken a big risk. Trusted on DRDO scientist capability and given them go-ahead permission. In 2012, the scientist asked permission for development and demonstration of this technology, But then Congress-led UPA, PM Mr. Manmohan Sigh government denied permission.

It might be a great scientific achievement, did it will make any big difference on the ground? Did it is worthy to accruing such type of capability? Investing such a large amount of taxpayer money on such an expensive experiment is justified?

In my view, this is more worthy than its investment. We are surrounded by two nuclear powered all-weather enemies. With China, we fought and lost 1 war and facing border encroachments activity regularly. On the other hand, is Pakistan, we fought 4 war and ongoing proxy war and is also sponsoring/Funding Islamic terrorism in India. This ASET Missile is defiantly going to worry both China and Pakistan. More or less both countries have a number of satellites. As normally these satellites are used for communication, Spying and other military and non-military use. In today’s world, no country can survive without satellites. China and Pakistan both reacted negatively after an announcement of the successful launch of Anti Satellite Missile under the mission code name “Mission Shakti”.

What can ASET Missile’s can do during conflict or War situation?

Like any other mass destruction weapon, ASET Missile has technically no use in peacetime. But it works as deterrence and demonstrates the capability to defend our-self in the adverse situation. Modern day war becomes a multi theatrical war, In addition to conventional war, there will be “Information War”, “Business War”, “Cyber War” etc. Today the world heavily dependent on digital communication, everything directly or indirectly dependent on satellite as communication and information transferring hub. Morden warfare can’t think without artificial satellite. To understand it, let’s take a simple example. If any point of time we get engaged in war with Pakistan. We all know Pakistan is a radicalized Islamic and rough nation. Pakistan accrues a good number of a nuclear warhead. The nation with such an insane thought process, we cannot trust their nuclear command establishment. In a crucial situation, Indian military can act pre-emptively and destroy satellites providing communication services to the Pakistani establishment. Without satellite, complete Pakistani Military and Government establishment go into information blackout and become blind. In this way, we can avoid Nuclear Attack. Apart from the above example, it can serve many other Indian War doctrines.

Is India’s Mission Shakti a worry for Pakistan in Space? (BBC Hindi)

Your contribution of additional information about “Mission Sakti” will be appreciated. Please provides your comment and feedback about above the article on “Mission Sakti” on my facebook page: